A bridge that runs over a portion of Interstate 16 in Georgia will have to be demolished in order to reopen the major roadway after a large dump trailer slammed into it overnight, officials said. Credit: Georgia Department of Transportation

SOPERTON, Ga. (CW69 News at 10/CNN) — A large dump truck slammed into a bridge that runs over a portion of Interstate 16 (I-16) in south Georgia.  The bridge will need to be demolished to reopen the interstate.

The large truck struck the bridge in Treutlen County, Georgia, causing it to shift off of its supports by 6 feet over the road below, the Georgia Department of Transportation (GDOT) said in a news release.

Traffic has been shut down in both directions and detoured since the incident, the release said. 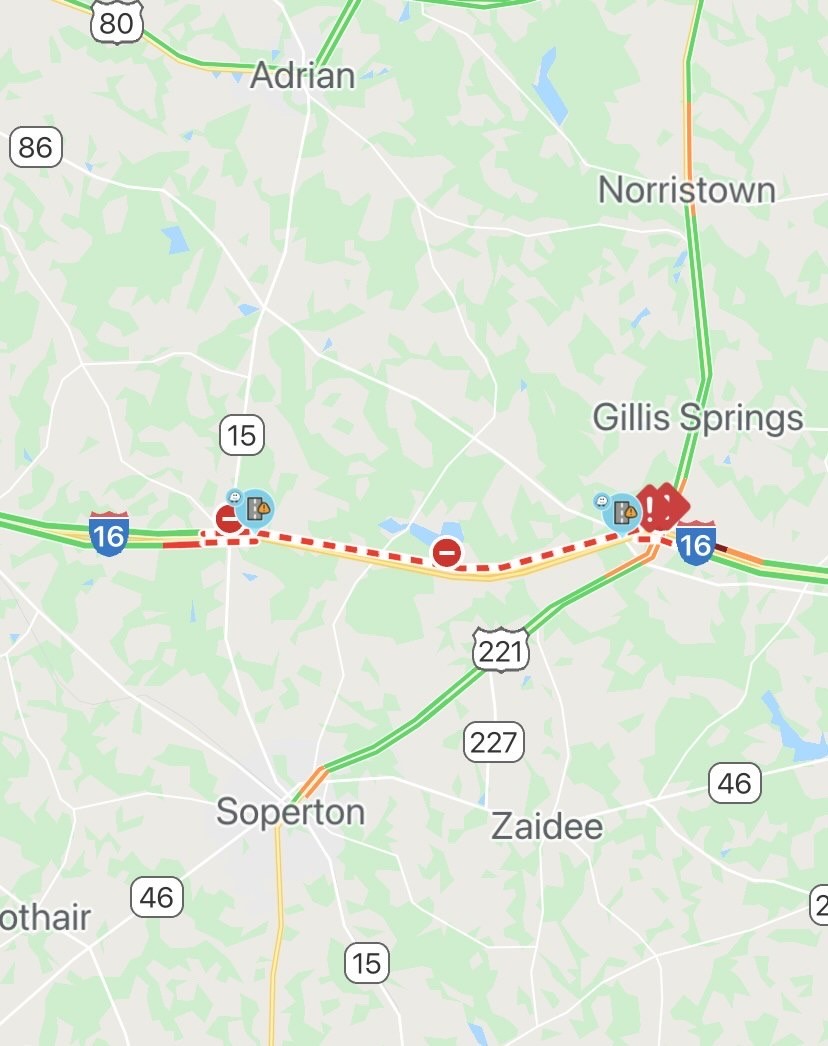 Detour signs are in place and motorists are encouraged to find an alternate route if possible, given the anticipated traffic volumes.

The interstate cannot be reopened until the entire bridge deck has been destroyed, GDOT Commissioner Russell McMurry said Thursday. The state plans to focus on reopening one lane westbound, Savannah to Macon, by Sunday morning, and have one lane open eastbound by Monday.

“That will be the fastest way to reopen I-16,” McMurry said. “We already have crews out there, underway, preparing for this demolition, and mobilization of specialized demolition equipment is in route and will begin demolition this evening.”

Reopening the westbound lane, that runs from Savannah to Macon is the priority, according to McMurray, for a number of reasons, including the freight flow from the Savannah Port into middle Georgia and Metro Atlanta. However, it is also the biggest safety issue.

The state plans to get at least one lane open by Sunday morning, followed by one lane eastbound on Monday.

“We expect that the full reopening of I-16 will occur by mid-to-late next week. Obviously, weather permitting, and lots of factors of complication of demolition. That is our target,” the Commissioner said.

The driver reportedly survived the crash, but it’s unclear why the back trailer was up, GDOT said.